The slaughter of Al-Amariya Bomb Shelter 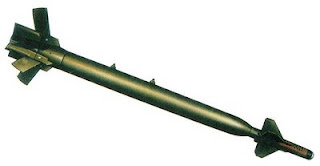 Two GBU-27 laser-guided bombs were dropped on the shelter by U.S. stealth aircraft because U.S. intelligence thought it was a military command-and-control bunker.
(For a visual depiction of how the GBU-28 works view the grapic produced by Bob Sherman and USA Today on-line.)
About 4 a.m. on Feb. 13, 1991, two American missiles scythed through the reinforced concrete ceiling of the civilian bomb shelter and killed more than 400 people inside, nearly all of them women and children. U.S. officials said at the time they thought it was an Iraqi military command center, even when everybody in the neighborhood knew it was a public shelter. 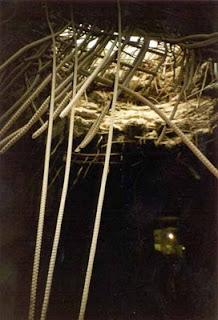 The place has been left largely intact. On the floor in several spots, plexiglass covers the outlines of bodies incinerated by temperatures of hundreds of degrees. The brown patches are dried blood, she said.A visit to Al-Amariya Bomb Shelter with its display of photographs of mutilated bodies and the visible tiny hand imprints of children on its ceilings is another stark reminder of the infamous moment.
The single most atrocious attack of that war, the bombing of the Al-Amariya bomb shelter in Baghdad, was first dismissed as “Iraqi propaganda” and then defended. The 288 civilians killed by American bombs, including 91 children, were said to be proof that the Iraqi regime “does not share our value for the sanctity of human life.”
A second -incendiary- bomb exploded inside the bunker, its blast pressed the bodies against walls and ceiling, caused a very high temperature., thus carbonizing both flesh and walls. The places where bodies pressed against walls have less carbonized. One clearly recognises shapes of bodies, faces, mothers holding children. The picture shows handmarks on the ceiling. 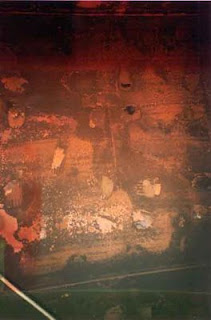 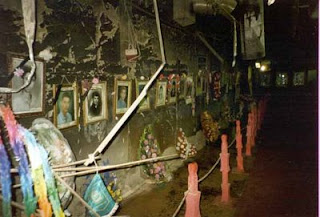 The shape of a mother holding a baby. 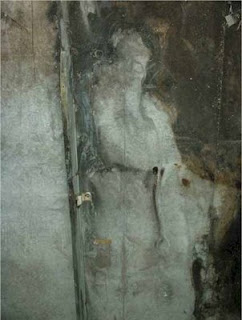 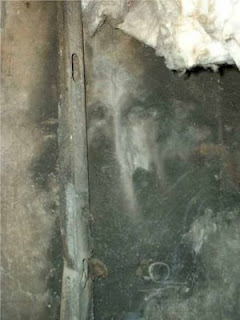