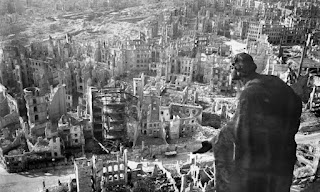 On this day February 13th:
1349-Jews were expelled from Burgsordf Switzerland.
1542-Catherine Howard, the fifth wife of Henry VIII of England, was executed for adultery.
1883-Aged 69, Aryan genius Richard Wagner died in Venice.
1945-1,400 RAF and 450 US Airforce planes bombed Dresden in three waves over a 14-hour period, devastating one of the world’s most beautiful cities Hundreds of thousands of civilians died! It is the greatest atrocity in the history of war! The next day the murdering bastards of the US airforce returned and machine gunned women and children from the air. The allied plan was to kill as many Germans as possible before the war ends.
1945-The siege of Budapest concluded with the unconditional surrender of German and﻿ Hungarian forces to the Red Army. Most were executed once disarmed. Over 40,000 civilians lost their lives during the battle.
1991-Two laser-guided "smart bombs" destroyed the Amiriyah shelter in Baghdad. U.S. forces said the bunker was being used as a military communications outpost, but over 400 Iraqi civilians inside were killed.
1991-One of the greatest artists in history, Aryan Genius Arno Breker, Third Reich German sculptor, died aged 90 in Düsseldorf. 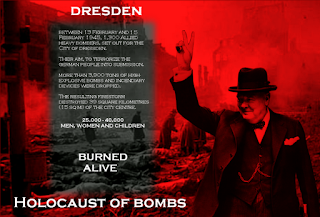